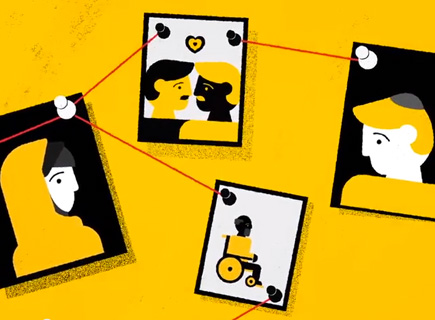 Eighty-five representatives of civil society, governments, law enforcement, national prosecution offices and international organisations from 19 European countries convened in Brussels for the two-day “Facing Facts Forward – European Conference for a victim centered approach to tackling hate crimes” The conference aimed to identify practical steps to foster and stimulate long lasting partnership among the key stakeholders to improve national monitoring systems and to encourage victims to report. The conference’s working sessions, all conducted with highly participatory methods, have resulted in a concrete set of recommendations that will hopefully inform the work of the key actors at local, national and international level, including the upcoming meeting of the EU FRA Working Party on Improving Reporting and Recording of Hate Crime which will take place in Riga, March 30th 2015.

As hate crime statistics become increasingly available, we understand more and more just how insidious is the hatred which still lurks in Europe’s shadows. We cannot turn away from this reality, but we must face it and do what is needed to care for victims, to protect their communities, and to try to prevent hate crimes from happening at all.” CEJI’s director Robin Sclafani said.

An appeal to solidarity emerged as crucial in the recommendations, as well as a need for greater public awareness about the impact of hate crime on individuals and societies. The conference was a perfect place to launch our “know what a hate crime is?” video which is in the process of being translated into numerous languages as well as for people with disabilities. We all should take an active role to change the culture of reporting as we are all potential victims of hate crimes. A deeper understanding of victims’ needs, a wider recognition of civil society organisations’ role, training for law enforcement and prosecutors,  and the agreement on minimum standards to report are some of the other critical issues identified during the participants’ discussions. Once again, Facing Facts! strives to make hate crimes more visible to society: building bridges amongst a variety of stakeholders to better respond to hate crime, and to better prevent their ever happening at all.

Notes for editors: This event is part a European project called Facing Facts! coordinated by CEJI – a Jewish Contribution to an Inclusive Europe (Belgium), in partnership with the UK-based Community Security Trust, the CIDI in the Netherlands and many other NGOs across Europe. Its purpose is to develop criteria, competences and collaboration across community groups and with government authorities  to improve hate crime monitoring.  More information is available on www.facingfacts.eu.

About CEJI: CEJI – A Jewish Contribution to an Inclusive Europe stands with individuals and organisations of all religions, cultures and backgrounds to promote a diverse and inclusive Europe. CEJI works to combat prejudice and discrimination and to promote social cohesion through training and education, dialogue initiatives and advocacy at a European level.

For a press kit, additional information, or to arrange an interview, please contact: