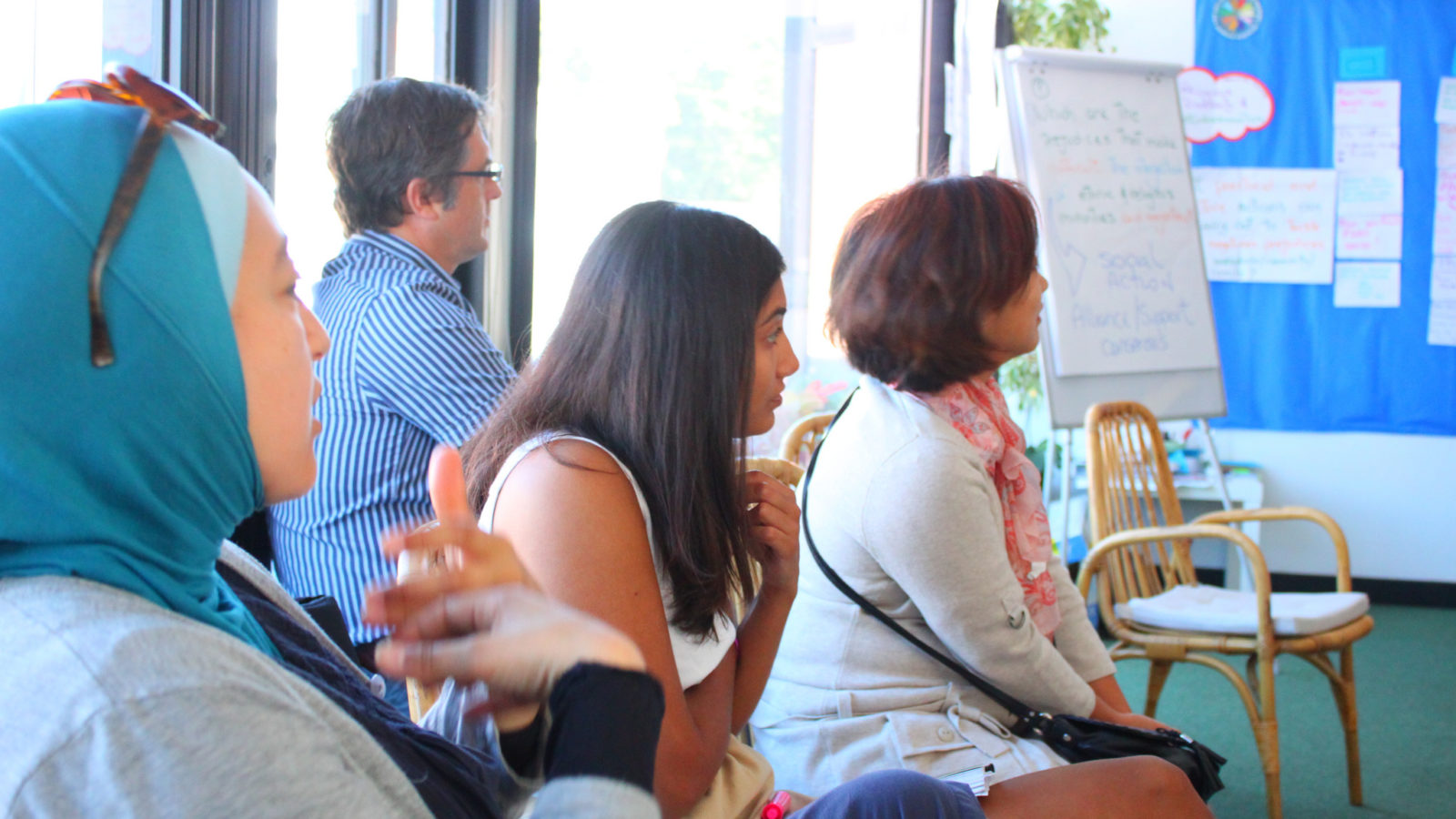 Robin Sclafani, Director of CEJI – A Jewish Contribution to an Inclusive Europe.

As the murder of George Floyd has highlighted, racist violence committed by police officers is not new. Unless long-term mechanisms for cooperation between civil society organisations and law enforcement are put in place, it will not be eradicated. Unless law enforcement agencies self-examine their implicit biases and institutionalized racism, holding themselves accountable to the same standards which they should be enforcing in communities, such as hate crime legislation, then there will remain a deep lack of trust between Black communities and law enforcement.

Since the European Framework Decision on Racism and Xenophobia was adopted in 2008, and the European Victims’ Rights Directive adopted in 2012, there have been positive strides by national governments and law enforcement to recognise and respond to the problem of hate crime. But one of the main challenges to getting victims to report hate crime to authorities has been their lack of trust in the system. There is a general belief amongst minority communities that law enforcement will not believe the victim, and as a result commit secondary victimization. The goal of increasing reporting of hate crime will never be achieved if the fact of police bias is not addressed head-on.

It seems to be a particularly poignant moment in time, potentially pivotal in the struggle for equality and justice, in spite of, or perhaps because of, looming political threats to liberty and democracy. There have been many other such moments in living memory, each one another opportunity to make things better. But a little bit better is no longer good enough.

The Black Lives Matter challenge which is also being put to European, national and local policy-makers is to dismantle institutional racism, with actions more than words. Justice, health, housing, employment and education systems must be examined through an anti-racism lens. They must be held accountable for the many different ways in which they are failing people from different communities, Black, Muslim, Roma, Asian and Jewish.

Protests are only the first phase of our next collective step on the journey to lived equality and security.

Protests are useful to raise awareness and empathy, mobilise organisations into a movement, and to put pressure on political leaders and public authorities to make a change. But the Black Lives Matter challenge is a long-term challenge that requires the reinforcement or creation of mechanisms that will support institutional, systemic and cultural change.

Mechanisms of cooperation between civil society organisations and public authorities are needed to support and sustain any long-term effort to dismantle racism. Stakeholders need to be mapped and resourced for new policies to be successfully implemented.

There must be an ongoing dialogue, a relationship of trust, albeit “critical friendships”, which can ensure that all factors are taken into consideration in identifying policies and practices which need to be changed or adopted.

And there must be training and capacity-building, so that law enforcement has the sensitivity and skills to engage with community organisations as partners, and vice versa, so that civil society organisations are professionally prepared to provide the data and support needed for authorities to meet community needs.

Racism is endemic to the very roots of modern Europe, made wealthy through centuries of slave trade, colonization, segregation and labour exploitation, rationalized through paradigms of racial (white), religious (Christian) and cultural (European) superiority. The resulting biases are lodged in the collective and individual subconscious, implicit in its assumptions, meaning that individuals need to do this hard work of self-questioning as part of institutional processes of transformation. A diversity and inclusion strategy for recruitment, retention and advancement within law enforcement will be essential to combatting institutional racism and improving relationships with communities.

Recent action-research on hate crime monitoring systems in 6 European Union countries [1] examined the strength and formality of cooperation between and amongst civil society stakeholders and various national and international public authorities. It was found that successful victim and outcome-focused reporting and recording practice requires that relevant stakeholders see themselves as elements of a ‘system ’that needs to work together for the benefit of victims and communities. As part of the EU funded Facing all the Facts project, coordinated by CEJI-A Jewish Contribution to an Inclusive Europe, the research explored and tested ways that would practically support cooperation mechanisms at the national level. It did this by engaging stakeholders, with representatives from law enforcement and criminal justice agencies, ministries and civil society organisations, who were brought together—often for the first time—in project workshops and interviews. Together they co-defined the problem of hate crime data recording, co-diagnosed the gaps and obstacles, and co-prioritized the next steps to improve cooperation in recording and responding to hate crimes.

The same approach would be helpful for addressing institutionalised racism. Identify the stakeholders and engage them each as part of a solution-oriented system. Only together, taking into account each others ’perspectives, needs and realities, can appropriate measures be identified, tested and implemented towards long-term change.

While there are many issues which are in common amongst different ethnic and religious communities, there are also very specific needs for each. Authorities must recognize the universality and specificity of different racisms, which is something that can only be done with systematic mechanisms of cooperation. For example, for Jewish communities, security from hate crimes and terrorism is a very real need which has been partially addressed by governments over the last five years. Clearly security is also a very real issue for Black and ethnic minority communities, as they are threatened not only by the possibility of hate crime, but also by the possibility of police brutality.

The reality of the disproportionate impact of COVID19 on Black and ethnic minority communities, who were more exposed in front-line jobs and who were more vulnerable due to institutionalized disparities in health care and socio-economic security, deserves an anti-racism lens be brought to the planning of economic stimulus packages. Those who were most affected should also receive the economic relief they deserve.

The multiracial coalitions which have emerged in the Black Lives Matter movement, in particular in the wake of George Floyd’s murder, is an important foundation to build upon. And for us in Europe, it gives us hope that the spotlight can also be shown on similar issues which exist on this side of the Atlantic. We need to see how our different struggles are connected, and even when they are not, we need to find ways to support each other.

CEJI – A Jewish Contribution to an Inclusive Europe stands in solidarity with other communities in the face of hatred and discrimination, and we will continue our work: providing anti-bias training for educators and public authorities; hate crime and hate speech monitoring capacity building for police and civil society organisations; and building cooperation amongst communities towards our shared goals of equality and inclusion for all.

Founded in 1991, CEJI – A Jewish Contribution to an Inclusive Europe stands with individuals and organisations of all religions, cultures and backgrounds to promote a diverse and inclusive Europe. CEJI works to combat prejudice and discrimination and to promote social cohesion through training and education, dialogue initiatives and advocacy at a European level. CEJI is the initiator of Facing Facts and lead partner of the Facing all the Facts project.